Would you be interested in a simple and free way to reduce depressive symptoms? One that has no negative side effects and will make you healthier, happier and more energetic? This might sound like another add telling you something that is too good to be true but don’t worry, these findings are based on more than 25 scientific studies done in the past 26 years.

The cure is called moving your body. Your body and brain are build to be active most of the day. It is not surprise that when we replace this with sitting behind a desk most of the day, things in our system go wrong. While a lack of exercise will not be the sole factor behind rising depression rates, research indicates it could very well be a contributing factor and a key element in treating depression.

How does it work?

How does exercise relieve depressive symptoms? One thing we know is that exercise enhances endorphins. Endorphins are brain chemicals that improve immunity and reduce the perception of pain. Endorphin means ‘a morphine-like substance origination from within the body’. You could say that it is a natural narcotic that improves your health and mood. Since endorphins are stimulated during exercise, they directly improve your mood. Studies have also found that exercise increases the growth of new neurons in the brain. In other words: exercise helps the brain to repair itself and function well.

For people suffering from depression just the thought of exercising can be overwhelming and other interventions like therapy and/or medication might be needed. But the option of exercise is an important one that ideally is incorporated in the journey to recovery. The great thing about this ‘medicine’ is that is has lots of other benefits as well. Exercise lowers blood pressure, protects you against heart disease and increases self esteem.

Next time you are feeling a bit down ask yourself the question: ‘did I excercise my body this week?’ If the answer is no or not enough, try to schedule in a walk or a gym session. Something that will make you move your body and release some endorphins in your brain! 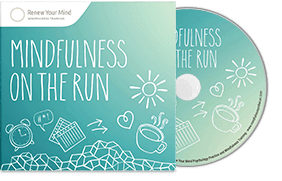 Struggling with the lockdown? Download these guided Mindfulness exercises, pop in your earphones and learn mindfulness at home or during a walk.

After you have typed in some text, hit ENTER to start searching...